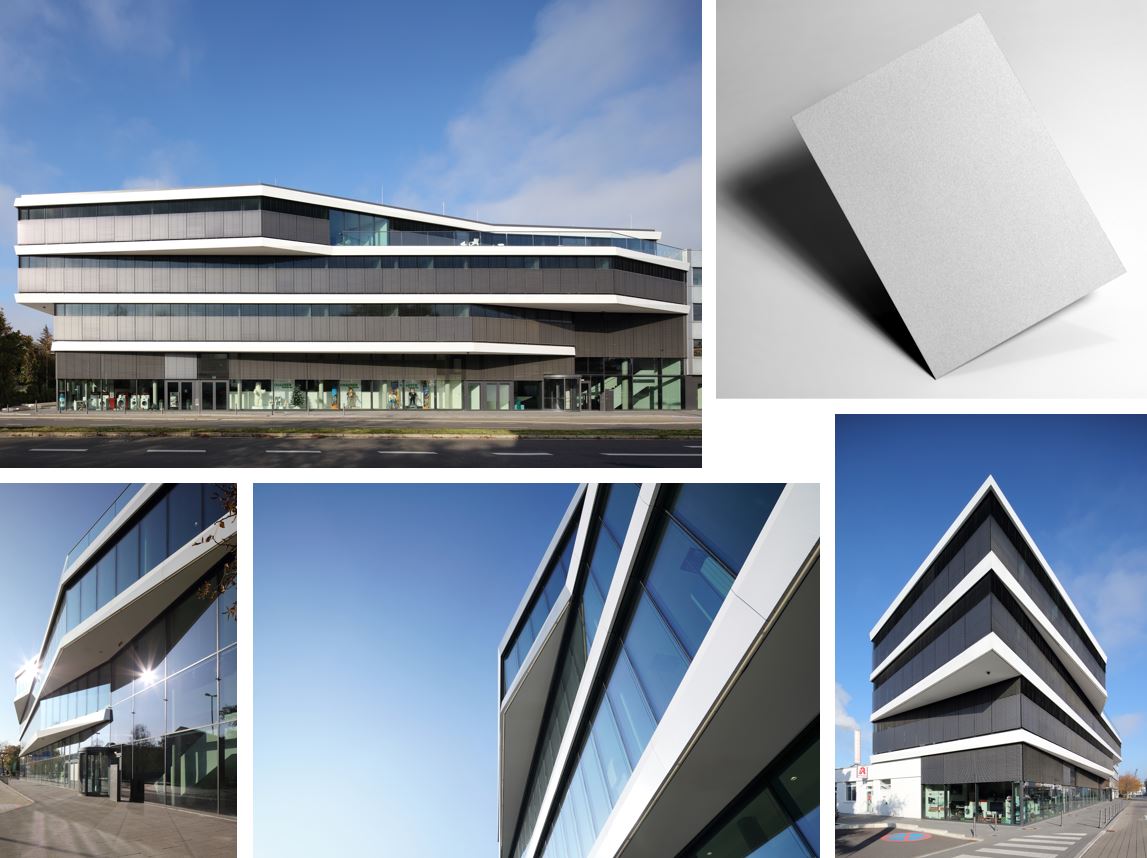 The Knauber Group also relies on DURAFLON®.
In the colour phoenix white, the metallic effect on the façade is accentuated to varying degrees depending on the incidence of light.
In addition to the optical qualities, DURAFLON® also has great advantages in terms of sustainability, a subject that has always been central to the Knauber Group. The high-quality appearance and high UV resistance of Duraflon are based on the service life of the entire façade and remain unchanged.

DURAFLON® is an extremely weather-resistant, effectively maintenance-free, high-performance surface. Unlike other lacquer-systems, DURAFLON® does not become ‘chalky’ and retains its optical and technical functions throughout its entire lifespan. Longer cleaning intervals, easy-to-clean technology, high quality and durability are just of the advantages of this system, which in turn minimise the long-term maintenance costs of the DURAFLON® façade. The DURAFLON® liquid coating material is in accordance with the GSB “Premium” quality class.

The SANDALOR® colouring procedure describes a colouring process used on anodised aluminium. This process combines the benefits of anodised aluminium oxide coatings with a broad colour palette. By preserving the original aluminium character, the light-resistant and colourful shades are suitable for outdoor use, allowing for beautiful, metallic and coloured surfaces. This colour treatment has been proven to be extremely resistant in long-term outdoor-exposure settings. Additionally, SANDALOR® is produced with mature process technology and superior quality.

To our SANDALOR®-colours
British Standard

In accordance to the requirements of the automotive industry, we also manufacture anodised surfaces for the automotive supplier industry. Upon request, we gladly process the pieces further.

If required, we anodise in accordance of the ETAG 002 Guidelines. The anodising coating has to meet certain requirements, in order for glass plates to be permanently and safely installed using specialised sealants and adhesives.

The weather resistance of the PUR liquid coating is comparable to that of a PE powder coating. It is suitable for coating on-site, or for the coating of steel construction elements. The decorative metallic or iron mica surfaces can be produced using the liquid coating system. The liquid coating material is in accordance with the GSB “Standard” quality class.

An HDP coating (high-durable polymer), is comparable in its durability to an HWF powder coating. With an HDP liquid coating, decorative metallic or iron mica surfaces can be produced. An HDP liquid coating material is in accordance with the GSB “Master” quality class.

The PVDF-coating is a high-performance coating based in polyvinylidene fluoride, which is frequently used worldwide. As a PPG-licensed partner, we can offer these surfaces with the standard PPG guarantee. With our modern coating equipment, we coat in accordance with the highest possible environmental standard. 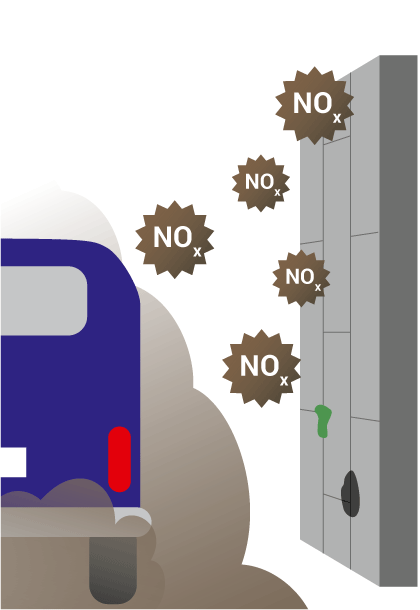 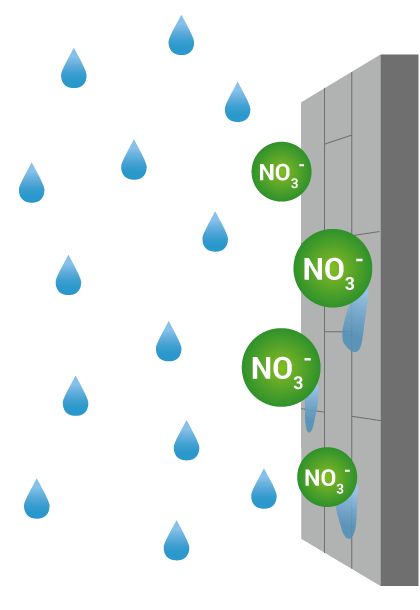 These non-toxic nitrates are washed off by the rain and run off with the water.